What makes the heart and gut inseparable

Published on Dec 08, 2021
Cardiovascular conditions affect life in the intestines. But the opposite is also true: Bacteria in the gut influence the course of cardiovascular disease. A team led by MDC researcher Sofia Forslund reports in "Nature" on the opportunities and risks this presents as well as the role played by drugs. A few years ago Dr. Sofia Forslund made an unexpected discovery. Together with the team led by Professor Peer Bork at the European Molecular Biology Laboratory (EMBL) in Heidelberg, the Swedish bioinformatician discovered that the diabetes drug metformin alters the gut microbiome, the ecosystem of bacteria in our intestinal tract. As Forslund found out, this frequently prescribed drug had a greater impact on gut flora than the diabetes itself. The drug’s effect was considered so surprising that the scientist was able to publish her paper in the prestigious journal Nature.

The aim is to create better treatments

“The study now being published builds on this discovery,” says Forslund, who since 2018 has led the research group “Host-Microbiome Factors in Cardiovascular Disease“ at the Experimental and Clinical Research Center (ECRC). The ECRC is a joint institute of the Max Delbrück Center for Molecular Medicine in the Helmholtz Association (MDC) and Charité - Universitätsmedizin Berlin. “We wanted to find out how cardiometabolic diseases and the gut microbiome influence each other, what role prescribed drugs and antibiotics play in this, and how the observed effects can be used in the future to refine and improve current treatment options.” Many desired and undesired effects of drugs are, the scientist says, obviously produced in the body indirectly via changes in the microbiome.

That allowed us to show that medication can mask the signatures of disease and conceal potential biomarkers or therapeutic targets. Forslund is the lead author of the new paper, which will again appear in Nature. The Heidelberg team of microbiome researcher Peter Bork, who is also last author of the paper, collaborated on the study, as did other groups from several European countries, particularly Germany, France and Denmark. The research project, called MetaCardis (Metagenomics in Cardiometabolic Diseases), which began in 2012 and involved clinical physicians, bioinformaticians, systems biologists and other specialists, was funded by the European Union. Cardiometabolic diseases include cardiovascular conditions like coronary heart disease and type 2 diabetes, both of which are widespread in Europe.

Unexpected effects on bacterial life in the gut

Sofia Forslund and the MetaCardis team used various established and novel statistical methods to analyze data from 2,173 European patients with cardiometabolic disease. The researchers could thus tease out the effects of drugs and disease separately. “That allowed us to show that medication can mask the signatures of disease and conceal potential biomarkers or therapeutic targets,” says Bork. “One of the most important results of our work is the finding that drugs – both antibiotics and non-antibiotics – alter the molecular characteristics of the microbiome and the host to a similar extent as disease status and lifestyle factors, such as diet and smoking, combined,” explains Forslund. The extent of the observed changes was also dependent on the drug dosage level, she says.

What is often overlooked, however, is that the medication used to treat a disease also affects the state of the microbiome. 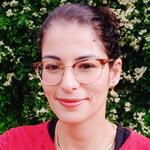 Dr. Rima Chakaroun One of the lead authors of the study

“We know that the microbiome can reflect the status of a patient’s health and provide a range of biomarkers to assess the severity of diseases. What is often overlooked, however, is that the medication used to treat a disease also affects the state of the microbiome,” adds Dr. Rima Chakaroun, one of the lead authors of the study and a clinician scientist at the University of Leipzig Medical Center. Chakaroun is currently a postdoctoral fellow in the Wallenberg Laboratory at the University of Gothenburg. “In addition, we found that drugs taken at the same time can reinforce one another’s effect on the microbiome,” says Forslund. Some drugs have a completely positive effect in this regard. For example, the scientists were able to show that the simultaneous administration of beta blockers and diuretics, both of which are used to treat high blood pressure, is associated with an increase in the number of bacteria of the genus Roseburia in the gut. These microorganisms have an anti-inflammatory effect in the body by breaking down dietary fiber to produce short-chain fatty acids that protect against inflammatory processes. “Such unexpected drug effects may have medical applications in the future,” says Forslund.

It’s quite obvious that the destruction of intestinal bacteria also adversely affects the development and progression of cardiometabolic diseases. Once again, the researchers have shown that repeated antibiotic exposure in particular causes severe and long-lasting damage to microbial diversity in the gut. “It’s quite obvious that the destruction of intestinal bacteria also adversely affects the development and progression of cardiometabolic diseases,” says Forslund. “As a result, antibiotics should only be prescribed when absolutely necessary.” It is also important, she adds, to explore ways to mitigate the destructive effects of antibiotics. “Beyond cardiometabolic diseases, loss of diversity exacerbates severity of many other chronic pathologies and even efficacy of their treatments,” says co-author Professor Stanislav Dusko Ehrlich from MetaGenoPolis, a research unit of excellence in microbiome analysis at INRAE, France's new National Research Institute for Agriculture, Food and Environment. Stanislav Dusko Ehrlich is among the researchers who revealed in “Nature” in 2013 that people in industrialized countries are losing their microbial diversity in the gut.

“In addition, investigators must be careful when designing biomarker studies,” says Forslund. “If a particular biological trait that is supposed to be useful for disease diagnosis and prognosis doesn’t occur because of the disease, but only because of the treatment, it may not be a good biomarker.” Here she says it is necessary to disentangle the different effects, but this requires further computer-based analysis. “We are constantly refining and optimizing software for this purpose at the MDC,” says Forslund.

Follow-up studies should validate the findings Drugs can affect the gut microbiota in different ways.

Drugs can affect the gut microbiota in different ways.

“It is now important to conduct follow-up studies to verify our findings on the impact of drugs on the microbiome,” says Forslund. In order to identify truly causal relationships and not just coincidental correlations, she believes studies in which individual groups of subjects are observed over a longer period of time would be helpful. One example of this is the BeLOVE (Berlin Long-term Observation of Vascular Events) study, which is currently being conducted jointly by a team of researchers from Charité – Universitätsmedizin Berlin, the Berlin Institute of Health (BIH) at Charité, and the MDC, including Forslund. A total of 10,000 patients with cardiovascular disease will be recruited for this study.

Regeneration in the digestive tract

The Max Delbrück Center for Molecular Medicine in the Helmholtz Association (MDC) is one of the world’s leading biomedical research institutions. Max Delbrück, a Berlin native, was a Nobel laureate and one of the founders of molecular biology. At the MDC’s locations in Berlin-Buch and Mitte, researchers from some 60 countries analyze the human system – investigating the biological foundations of life from its most elementary building blocks to systems-wide mechanisms. By understanding what regulates or disrupts the dynamic equilibrium in a cell, an organ, or the entire body, we can prevent diseases, diagnose them earlier, and stop their progression with tailored therapies. Patients should benefit as soon as possible from basic research discoveries. The MDC therefore supports spin-off creation and participates in collaborative networks. It works in close partnership with Charité – Universitätsmedizin Berlin in the jointly run Experimental and Clinical Research Center (ECRC), the Berlin Institute of Health (BIH) at Charité, and the German Center for Cardiovascular Research (DZHK). Founded in 1992, the MDC today employs 1,600 people and is funded 90 percent by the German federal government and 10 percent by the State of Berlin.