Published on Dec 08, 2021
The 40-year-old scientist from the Berlin Institute for Medical Systems Biology at the MDC has been selected as one of 26 researchers for the EMBO Young Investigator Programme. Starting in January 2022, Lupiáñez and his team will receive both financial and practical support for a period of four years. The question that Dr. Darío Jesús Lupiáñez García and his team want to answer is a basic one: “How can two meters of genomic DNA be packed into a cell nucleus, which is about 200 times smaller than a pinhead, and yet still be able to deliver, on demand, all the information an organism needs for its development and survival?”

We know now that the three-dimensional structure of the genome inside the cell nucleus is anything but random, explains Lupiáñez, who is head of the Epigenetics and Sex Development Lab at the Berlin Institute for Medical Systems Biology (BIMSB), part of the Max Delbrück Center for Molecular Medicine in the Helmholtz Association (MDC). This is because the genes, the basic units of information, need to be in close spatial proximity to the genomic switches that turn them on and off (such as enhancers) .

“If the connection between genes and enhancers is altered, this can lead to developmental diseases,” explains Lupiáñez, who joined BIMSB at the end of 2017 and has his own research group there. But sometimes, he continues, such connections can be rewired in a positive way and contribute to the evolutionary adaptation of species. So, in a nutshell, Lupiáñez will spend the coming years exploring the following question: “How do changes in the 3D structure of the genome influence evolution and disease?” 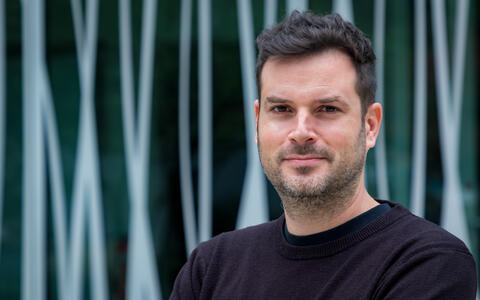 For his research, Lupiáñez, who has just turned 40, will now receive four years of financial and practical support from the European Molecular Biology Organization (EMBO) as an EMBO Young Investigator. Together with 25 other early career scientists, Lupiáñez will become part of the award scheme’s extensive network, which comprises more than 500 current and former members. The scheme supports life scientists who have been leading their own research group for less than four years and have already made outstanding scientific achievements in their field.

“We are pleased to welcome the 26 young investigators to the EMBO community,” says Professor Michael N. Hall, EMBO Director ad interim. “They have already demonstrated scientific excellence. The EMBO Young Investigator Programme will aid them in taking their career to the next level.”

EMBO Young Investigators receive a financial award of €15,000 and can apply for additional grants of up to €10,000 per year. They also benefit from numerous networking opportunities for themselves and their team, mentorship by EMBO members, training in areas such as research leadership and management skills, and access to core facilities at the European Molecular Biology Laboratory (EMBL) in Heidelberg.

“For me, being selected by EMBO is truly a great honor, as it shows that our work is recognized and appreciated by our peers,” says Lupiáñez. However, he stresses, this recognition is not just for him, but also for all those who are currently working with him or have supported him in his career thus far: “I want to thank all those who helped me through these years.” For Lupiáñez, the program is a unique opportunity that will enable him to exchange ideas with top-tier scientists, to find common areas of research interest, and to develop new approaches to answer exciting research questions. He is particularly pleased that all these perks will benefit not only him, but his entire research group.

A special focus on sexual development

The mechanisms by which the sex of an individual is determined are quite variable across species. As his team’s lab name suggests, their research has a focus on sexual development. “The mechanisms by which the sex of an individual is determined are quite variable across species,” explains Lupiáñez. “In mammals, the X and Y chromosomes are essentially responsible for this – whereas in turtles, for example, it is the temperature of the eggs in the nest that determines whether the embryos will eventually hatch as males or females.

The researcher and his team are currently exploring this process across a wide range of animal species, including mammals, birds or turtles. “Our goal is to understand why the molecular mechanisms that control sexual development show this remarkable plasticity,” says Lupiáñez – adding that his selection as an EMBO Young Investigator will certainly help them achieve this goal.