Published on Nov 26, 2021
Once again three MDC scientists – Nikolaus Rajewsky, Sofia Forslund and Alexander Mildner – have been named to the global list of Highly Cited Researchers. The annual Highly Cited Researchers list by the U.S. company Clarivate Analytics identifies researchers who have demonstrated significant influence in their chosen field through the publication of multiple highly cited papers during the last decade. This year, Nikolaus Rajewsky, Sofia Forslund and Alexander Mildner are included on the list.

The methodology that determines the “who’s who” of influential researchers draws on the data and analysis from the Web of Science publisher-independent citation database. This year’s list features a total of 6,602 researchers from 21 fields of study and more than 70 countries, including 24 Nobel laureates. The majority of the most cited researchers work at U.S. institutions (2,622), followed by researchers from China (935), the United Kingdom (492) and Australia (332). Germany ranks fifth in the world, with 331 scientists making the 2021 list.

About the MDC scientists

All three MDC scientists have been featured on the list of the world’s most highly cited researchers at least once before, most recently in 2020 in the same constellation.

Dr. Sofia Forslund is a junior group leader at the Experimental and Clinical Research Center (ECRC), a joint institution of Charité – Universitätsmedizin Berlin and the Max Delbrück Center for Molecular Medicine in the Helmholtz Association (MDC). She investigates how the composition of the gut microbiome influences health and disease in humans.

Dr. Alexander Mildner heads an independent research lab at the MDC, funded by a DFG Heisenberg fellowship. He studies the development and differentiation of specific immune cells, monocytes and macrophages. These cells are important for the immune defense against microorganisms, and they also play an essential role in the course of autoimmune diseases, such as multiple sclerosis (MS).

Professor Nikolaus Rajewsky is Scientific Director of the Berlin Institute of Medical Systems Biology (BIMSB) at the MDC, where he heads the Systems Biology of Gene Regulatory Elements Lab. He studies RNA-binding proteins and the role and function of non-coding RNA, which are important for many cellular processes and may play a role in both health and the development of diseases. He is coordinator of the Berlin Cell Hospital and the LifeTime initiative, the latter of which brings together more than 200 researchers and clinicians from nearly 200 institutes and more than 80 companies to implement cell-based medicine across Europe. 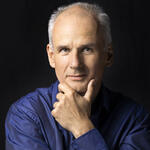 The independent Mildner lab is affiliated with the Leutz lab.